I’ve been recently reading Michal Zalewski’s “The Tangled Web”, a book which tries to map the whole security landscape around browsers and Web applications in about 300 pages… it does a pretty good job 🙂

Now, in Chapter 9, he talks about “Content Isolation Logic” and in one specific section he touches on the document.domain property of the DOM of a page. So, in short, when two pages, foo.example.com and bar.example.com want to communicate through JavaScript, by default they cannot since the Same Origin Policy allows accesses only when the protocol, domain and port fully match. Since, “foo.example.com” !== “bar.example.com” the check fails and thus the domains can’t communicate. Since this is somewhat too rigid, a developer can choose to relax the domain of his page from foo.example.com to example.com. In JavaScript, this is a simple assignment to the document.domain property:

Relaxing more than you should

Now, as a web developer you have about a thousand ways in which you can screw up the security of your site. One of them is to relax your domain too much. What would happen if “foo.example.com” relaxes its domain to “com“? That is a valid higher-level domain after all. Well… there is no good reason for a person to do that, other than a severe misunderstanding of how the whole thing works. For this reason, all modern browsers disallow the setting of document.domain to a TLD value… well, all except Chrome that is. 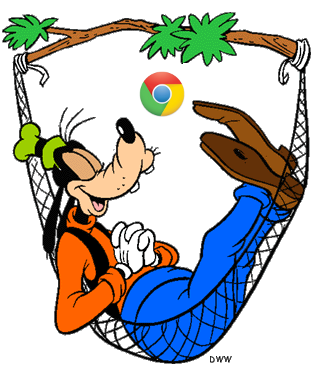 So, we start with Firefox, version 10. Here is a screenshot of the page: 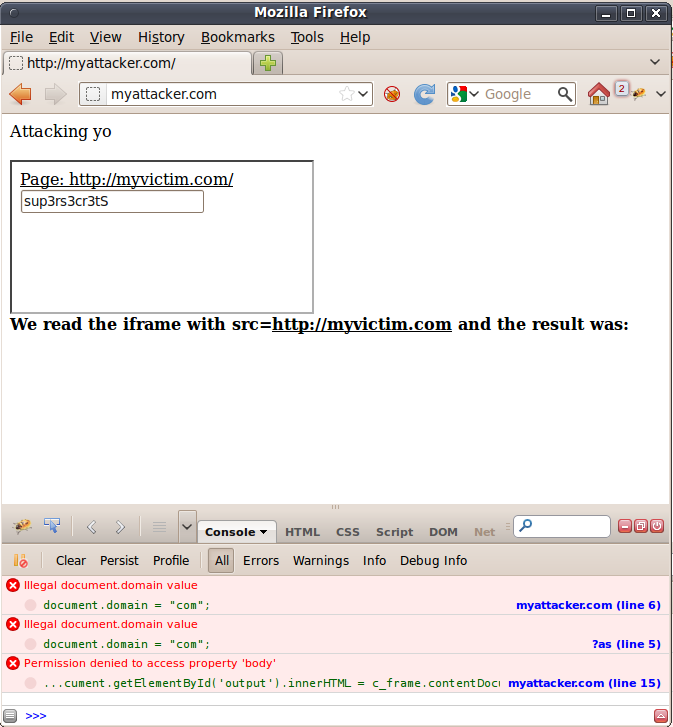 FF stops the scripts from setting their domain to a TLD

As it should be, Firefox says no and the earth keeps spinning. How about Internet Explorer, the usual black sheep of the web? 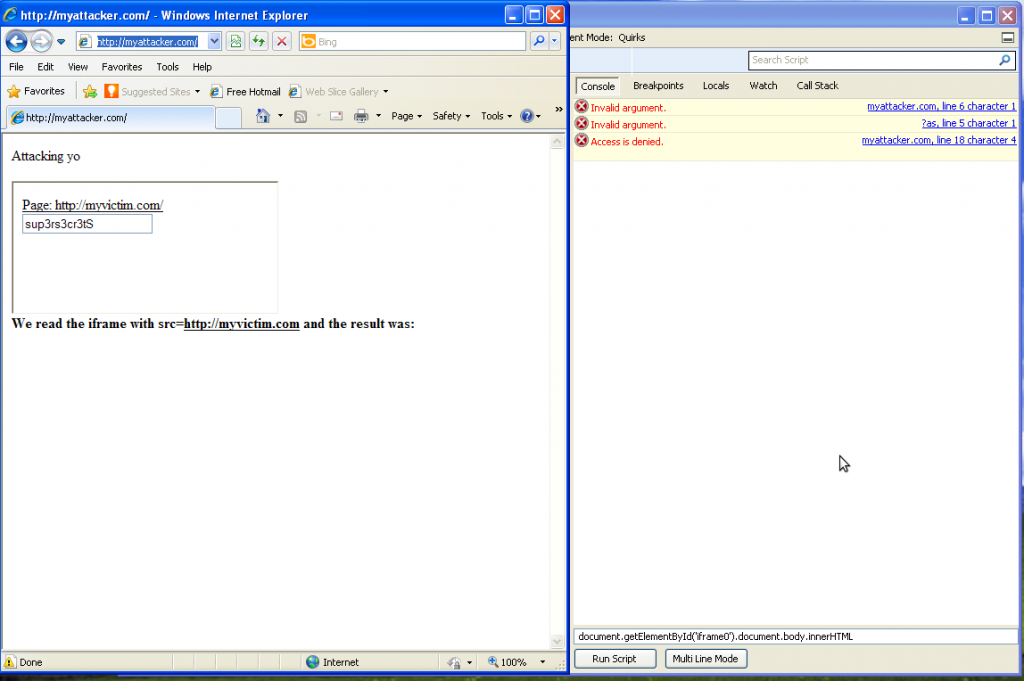 Who would have thought? Internet Explorer 8 doesn’t like the thing… 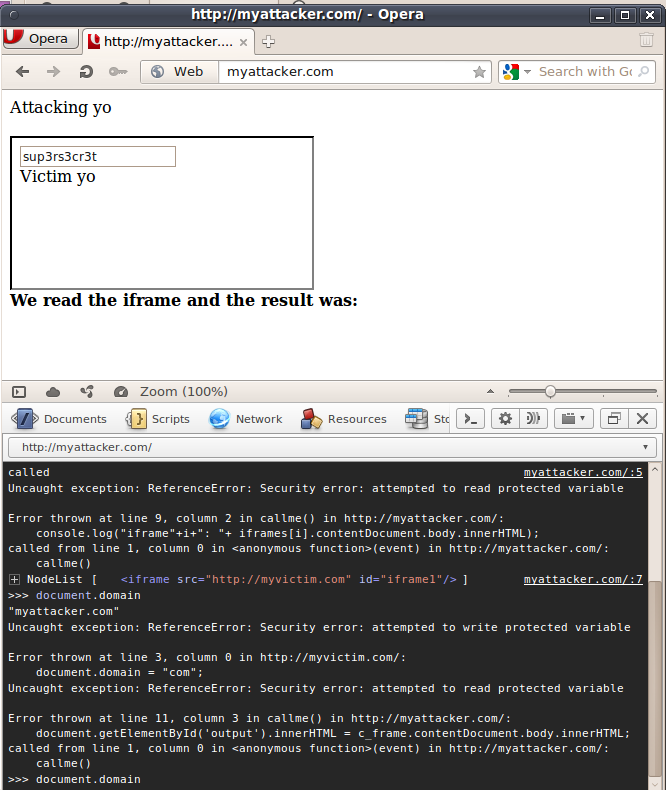 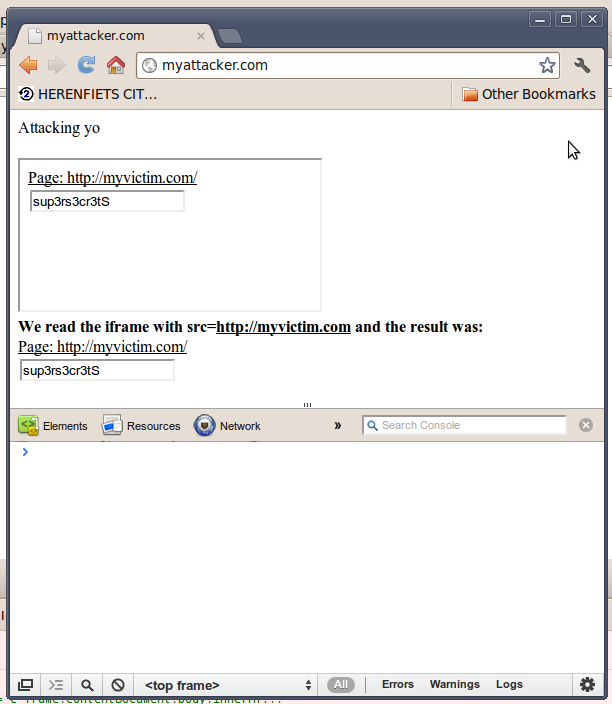 Aha! And that’s how the cookie crumbles. Chrome says “sure, go on” and the attacker reaches in the victim’s iframe. Game over! This behavior can also be abused to hack a site that’s vulnerable to XSS. Instead of injecting the full malicious payload, you simply relax its domain and then proceed to inject code which will never be visible at the server-side of the vulnerable Web application, thus making detection and mitigation much harder. More on that, here.

Now why is that, you may ask? These guys implement process per tab, client-side xss filters and what not, to protect the user from harm, even if it is the fault of a specific website. Short answer, I don’t know. The argument that changing it is hard, seems a bit flimsy to me, especially given Google’s prior engineering track record.

One Response to To Google Chrome: Relax less…